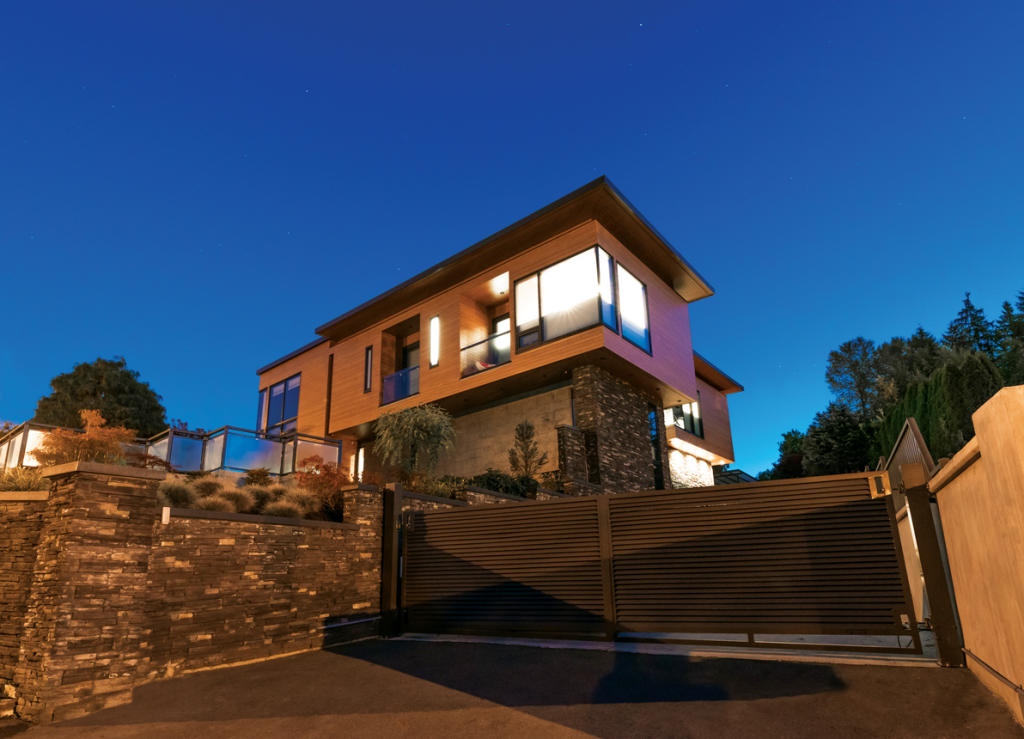 Home burglaries and break-ins are common, far more than you may think. Though property crime has come down in the United States in recent years, a report released by the Criminal Justice Information Services Division of the FBI says that 1,121,416 residences in the country were burglarized in 2014.

Fortunately, home burglaries are much easier to prevent if you follow a few simple safety rules and guidelines.

Never advertise that you are not at home

If you are on good terms with your neighbors, ask them to pick up your newspapers/mail and mow your lawn or clear the snow while you are away on an extended trip. Piles of newspapers in the driveway and an overgrown lawn are noticeable, even to passersby.

Don’t leave empty garbage cans on the curb for days to tip off burglars that no one is home. Thieves have even been known to leave flyers on the door and check if they have been removed.

Also, never discuss your travel plans when you are out in a public place in front of anyone who could possibly obtain your address. You can never be too careful.

You are thrilled that you are finally getting the chance to go on your long-overdue vacation to the Caribbean islands and post a Facebook status message to share your excitement with everyone you know. All those likes and comments add up to a nice adrenaline rush right before the trip, but you should realize that you are letting everyone on the internet know that you will be gone for an extended period of time, leaving your home susceptible to theft.

Of course, we are not saying that you have to keep your vacation a top secret. You can definitely share your cool cocktail-sipping-on-the-beach photos with your Facebook and Twitter friends—but refrain until after you are back from the trip. “Checking-in” at the airport or the hotel where you are staying on your trip? Another big no-no.

Also, if you are trying to sell furniture or any other product online, remember not to include any personal information in your ad. If you are posting photos, take care that you show only the item that is for sale. Do not display photos that show your family members or your house number. CNN has a great article on how you canprotect yourself while buying and selling stuff online. Don’t forget to take a look.

Sliding doors, especially older ones, are a security risk if you have not taken sufficient precautions. Burglars can easily pop them out of the frames, even when locked. Insert a strong dowel or metal bar into the groove before you leave. This will stop the door from sliding back and opening. Of course, this can’t stop burglars from breaking the glass and entering so adding impact-resistant films on your windows and glass doors can be an added security measure. And certainly don’t make it easier for burglars to break into your home by leaving tools and ladders lying around.

Thick shrubs near the windows and overgrown hedges might give you privacy from nosy neighbors, but they also provide convenient spots for burglars to spy on you and learn your habits and the layout of the house. Keep your trees and shrubs trimmed that there is no room for a person to duck or hide out of sight. If you must have shrubs as part of your landscaping, opt for thorny plants like roses. Tall tree branches that extend all the way to the windows on the upper story should be cut down. And never leave expensive gadgets, laptops, cell phones or other valuables near windows.

Use technology to help you take care of your home

A smart home automation system makes your life more comfortable, but also provides the security you need, deters potential burglars and helps you monitor and check in on your home remotely—from anywhere you are. From smart locks that keep track of the comings and goings in your home, motion detectors that can trigger notifications to your phone or smart watch, surveillance cameras that you can check in on while away, and alerts that can be sent to you if your garage door was left open by mistake, SegalControl home automation solutions offer everything that you need to make your home a safe haven for you and your family.

What’s more, SegalControl’s Mockupancy solution can also help create an impression that someone is at home even while you are on vacation by switching on lights, shades and televisions at random.

Be careful with your trash

Do you know that your trash can affect your personal and/or home security? Criminals can use the personal info on your credit card or bank statements to steal your identity.

Protect your family and home from potential thieves by being extremely careful about what you throw in the trash. Any paper that contains personal information should be shredded before it goes in the trash can or recycle bin. Even seemingly innocuous documents like utility or cable/internet bills that contain your name and account number can give burglars enough information needed to pose as company representatives to gain entry into your house.

Your holiday trash, with boxes of the latest electronic gadgets or TV you bought for Christmas, is another great treasure trove for would-be burglars who keep a special lookout for items to steal. Make sure you break down the boxes and keep them at the bottom of the trash can instead of just leaving them outside your house, waiting to be picked up on garbage day.

Invitations to parties and holiday air tickets allow burglars to plan their break-ins at a time when the house is empty. Make sure you do not throw such papers in the trash without a second glance. 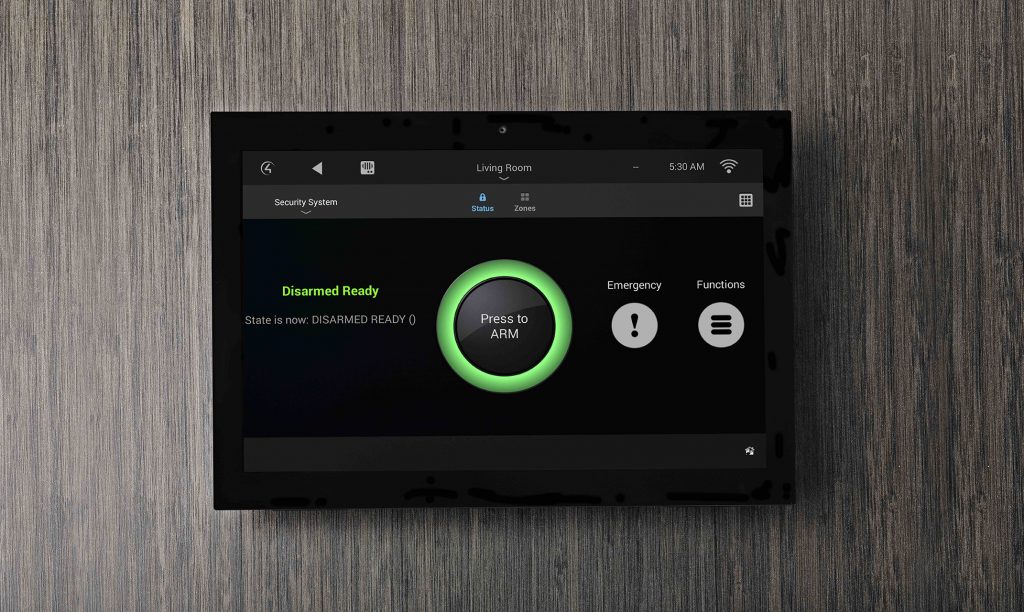 The FBI reports that in 2014 we had 1,121,416 residential burglaries nationwide. Spacing those out evenly across the entire year gives us one burglary every 28 seconds.

But here’s the good news: that number is down 10% from 2013. In fact, that statistic has been steadily dropping each year since 2011. Not coincidentally, by 2011, more than 75% of U.S. homes were connected to the Internet. Wireless home monitoring was the new trend.

Now, in 2016, that trend is hotter than ever. Industry advancements and enhancements have taken residential security to a whole new level, specifically when it comes to smart homes. Creating a “burglar-unfriendly” environment has never been simpler. (Or more ingenious!)

Lilin has introduced an intelligent video solution—a camera that allows the user to define an area within the field of view for motion detection.

For instance, one could train the camera on the front face of a house and specify the area directly in front of a window for motion detection. If there is movement within those specified coordinates, it will trigger an alarm. But if the bushes below the window blow in the breeze, it will raise no alarm, even though they, too, are on camera.

And with smart homes, everything works together. The camera’s function can be tied in with other security tactics. It can be programmed so that once motion is detected in front of the window, the lights inside that very room turn on at full brightness, an audible alarm begins to blare, and push notifications are sent to the owner and anyone else on the call list.

Security systems grow more intelligent each year. In the most recent operating system from SegalControl, all smart home “events”—motion in an area in the house, doors opening, alarms tripped, etc.—can be indexed and kept in sequence as a searchable history. Seeing all the daily activity in context like this allows the homeowner to better identify false alarms and to create more custom-tailored security procedures.

If the owner receives an alert that motion was detected inside the home, he or she can quickly check the History tab to see if any doors had been opened, window glass broken, or any other sensor triggered before the motion was detected. If they see no previous events, they can chalk it up to the dog moving around the house. If, however, they see a more conspicuous sequence, they know to immediately alert the authorities.

At a glance, the History tab shows the homeowner his or her own patterns. The homeowner, in turn, can then program against it. Say the motion sensor is used as an alarm trigger at night in the downstairs part of the house, but not in the upstairs. If the owner gets up in the middle of the night and goes downstairs to grab a snack, the alarm would be tripped. But the History tab allows sequential “If/Then” programming, such as if motion is detected in the upstairs part of the house just before it is detected downstairs, then it knows not to trigger the alarm.

The SegalControl Mockupancy™ capability makes even more practical use of smart home event indexing. It remembers patterns and can be programmed to repeat them. Think of it as a “whole-home” DVR.

If the old method was setting lights on timers to give that lived-in feel to outsiders while the family is away on vacation, the new method is to tie in that smart lighting with media and any other automated features. TVs can go on and off, music can play in the back yard, blinds open and close and more. It can all be programmed to mimic the homeowner’s actual patterns, and the schedule can be randomized plus or minus a half hour. There’s no better theft deterrent than a house that seems bustling with life and activity.

The advent of wireless security naturally led to full mobile control, as well. Security panels no longer need to be hard-wired into the wall by the front door—now they’ve been re-imagined for touch screens, tablets, and mobile phones.

If one wakes up in the middle of the night to an alarm going off in another part of the house, he or she can now reach over to the nightstand, grab their mobile device, and with one tap, the home security system is dialing the authorities.

With more technical capabilities, more versatility, and the holistic connectivity of whole-home automation, the resources are there for anyone to make their castle into a well-defended fortress.